What is the Gospel? It likely isn't what you think it is.

The word “gospel” comes from the old English word “gödspel” translated from the Greek word “euangelion” (εὐαγγέλιον) which literally means “good news”. But what exactly is the news that is good? If you ask different people, you are going to get different answers because there are a lot of different ideas about what the Gospel actually is. Some will say that the Gospel is that “Jesus died so that you can go to Heaven when you die.” Some will say that the Gospel is that “God vented his wrath on Jesus instead of you so you don’t have to go to Hell.” The problem with answers like these is that whether or not they may have glimpses of truth, Jesus didn’t teach them.

The predominant focus of mainstream Christianity is the undeserved crucifixion of Jesus Christ and the subsequent forgiveness of sins that is available through accepting that sacrifice. While this selfless act was and is unquestionably momentous, and its effects exceedingly far-reaching, many would be shocked to find out that the Bible defines the Gospel differently than what they have always been told. A thoughtful reading shows that accepting Christ’s blood in payment of our sins—as foundationally important as it is—is actually not the focus of the “good news” that he brought and that the apostles continued to preach.

So then what exactly is the Gospel?

What Is the Gospel, Really?

A: Did Jesus preach the Gospel?

A: What is the Gospel?

B: That Jesus died for your sins so you can go to heaven.

A: Jesus taught that?

A: But Jesus did teach the Gospel?

A: What then is the Gospel?

The Gospel According to Jesus

Jesus didn’t preach that his death provided salvation, though true that may be. That just wasn’t the Gospel that Jesus taught. Jesus actually kept his upcoming death on the down-low for the most part. The “good news” (Gospel) that Jesus proclaimed was that the Kingdom of God had finally come.

According to Jesus, the Gospel (the good news) is the Kingdom of God. If you have any doubts just look at this sampling of how the Gospel is described:

Jesus went throughout Galilee, teaching in their synagogues, proclaiming the good news of the kingdom, and healing every disease and sickness among the people.
Matthew 4:23

Jesus went through all the towns and villages, teaching in their synagogues, proclaiming the good news of the kingdom and healing every disease and sickness.
Matthew 9:35

…the gospel of the kingdom will be preached in the whole world as a testimony to all nations…
Matthew 24:14

Jesus traveled about from one town and village to another, proclaiming the good news of the kingdom of God. The Twelve were with him.
Luke 8:1

Christ’s message was bigger than personal grace and salvation—as wonderful as they are. His message was about the reign, rule, and dominion of the One who is to be the King of that Kingdom.

The phrases “Kingdom of God” and “Kingdom of Heaven” (used interchangeably) are found over a hundred times in the New Testament, the majority of them in the four gospels. “Kingdom of Grace” never appears, nor—to the surprise of many—does “gospel of grace.” “Gospel of peace” is found twice, in Romans 10:15 and Ephesians 6:15, both probably echoing Isaiah 52:7 and Nahum 1:15. In Ephesians 1:13, Paul calls it “the gospel of your salvation.” Yet, by far, the gospel is most often called “the gospel of Christ,” “the gospel of God,” and “the gospel of the Kingdom.” From the Bible’s own wording, then, we can conclude that the divinely inspired Gospel is about the Kingdom of God.

Jesus said, “I must proclaim the good news of the kingdom of God to the other towns also, because that is why I was sent.”
Luke 4:43

Once you lose the kingdom theme, which is central to the gospels, everything else becomes reinterpreted in ways that radically distort, that substitute a subtly different “gospel” message for the one Matthew, Mark, Luke, and John are eager to convey.
N.T. Wright – How God Became King: The Forgotten Story of the Gospels

The answer is simple: This is not God’s world. Yes, he created it, but his creation has rebelled against him. Scripture repeatedly claims that the Satan is the god of this world (John 12:31, 14:30, 16:11; Ephesians 2:2; 2 Corinthians 4:4). 1 John 5:19 says that the whole world is under the control of the evil one. (Read more on this here.) The Kingdom of God is Jesus’ answer to this problem.

When Jesus had called the Twelve together, he gave them power and authority to drive out all demons and to cure diseases, and he sent them out to proclaim the kingdom of God and to heal the sick.
Luke 9:1-2 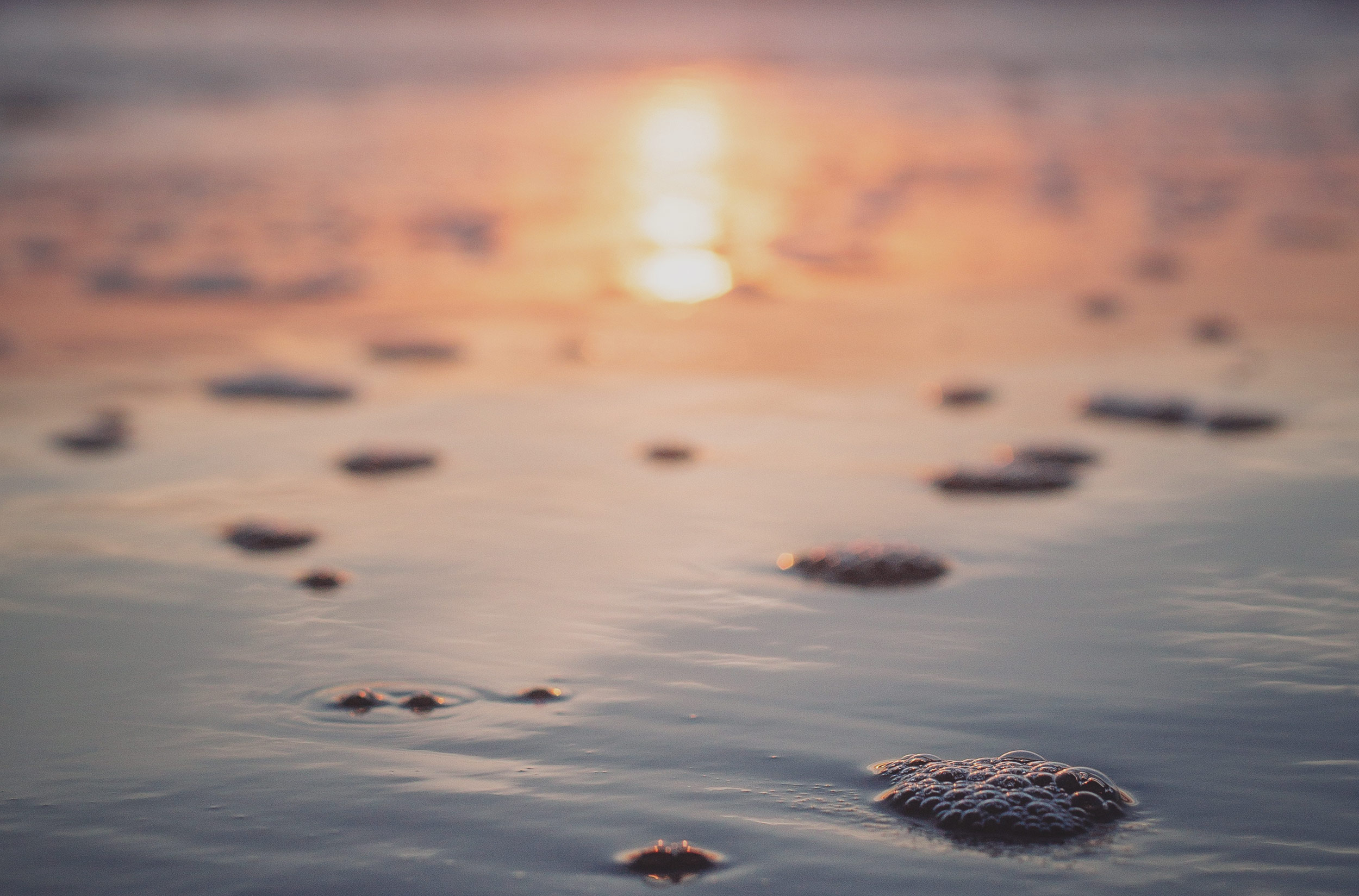 Salvation for the World

Jesus calls upon his followers to make disciples of all the nations. The significance of this command must not be understated. For the early Christians, obedience to the Great Commission involved nothing less than going to nations that Rome had conquered and claimed as its own and calling on the people to switch their allegiance from Caesar to Christ. Such an effort was considered treasonous. The kingdoms of Christ and Caesar were on a collision course. The new disciples were required to pledge their loyalty to a foreign King in a public baptism in the name of a God who was foreign to Rome. This could mean the death penalty, especially if the new converts were Roman citizens or served in a governmental capacity.

The devil and his nations have their idea of what the “good news” is. The word “gospel” is surprisingly political. This was a phrase that Caesar was already using. It meant a military victory at the hands of the Romans.1 Before Jesus started his ministry, he went into the wilderness and was tempted by the enemy (Matthew 4:1-11; Luke 4:1-13). The Satan offers Jesus all the kingdoms of the world in exchange for worship. Satan offers all the kingdoms of the world because they are his to offer. But Jesus refuses them because he knows it is not his mission to take back the world by violent force, which the worship of Satan requires. Instead, Jesus’ nation would take over the world with love.

Just three verses after the end of the temptation narrative, Luke recounts Jesus announcing that he is the messiah in Nazareth’s synagogue (Luke 4:16-21). He quotes from Isaiah 49:8-9, which describes his mission:

The Spirit of the Lord is on me, because he has anointed me to proclaim good news to the poor. He has sent me to proclaim freedom for the prisoners and recovery of sight for the blind, to set the oppressed free, to proclaim the year of the Lord’s favor.
Luke 4:18-19

His mission, he says, is to preach the good news to the poor, free those whom Satan has imprisoned and deceived, heal the sick, and begin the process of freeing them from oppression. God’s Kingdom is an eternal Kingdom that started with the arrival of Jesus and it’s mission is to reverse the curse of death, sin, sickness, and decay. (learn more about the Kingdom of God here)

Many centuries of pagan tradition have convinced people that heaven is their “home” and their reward when they die. Nevertheless, the biblical record is plain: God’s Kingdom is being established on the earth he created, and it will be an everlasting Kingdom.

You have made them to be a kingdom and priests to serve our God, and they will reign on the earth.
Revelation 5:10

As strange as it may seem, for many people, the Gospel is not good news at all (1 Corinthians 1:18). People like “the gospel” when it is limited to the forgiveness that is available through Christ’s sacrifice. However, when they hear that God’s Kingdom includes obedience to his commands to love their enemies and refusal of the use of violence, they cannot tolerate it, preferring the pagan fantasy of easy grace and its self-indulgent reward of floating around heaven. For many, the true Gospel is anathema because it contradicts them, their traditions, their patriotism, and their ideas.

Yet, to those who “have an ear to hear,” the Gospel is good news. Christ’s gospel is the proclamation of the expanding government of God to govern all the world. The establishment of God’s rule is the only way today’s confused, violence-addicted earth will ever have peace, joy, and abundance. The true Gospel is the powerful message of God’s government, which triumphs peacefully and subversively over all the pagan governments of the world.

The announcement of “good news”—the very best news that could be heard today—was about Christ’s Kingdom being established on earth. Living in God’s Kingdom is salvation. Unfortunately, ‘Jesus as Savior’ is often preached without reference to the Kingdom. But apart from the Kingdom, there is no gospel, and there is no salvation. Paul issues a sharp rebuke for anyone who preaches a false gospel (Galatians 1:6-8). Christians rarely set out to twist the gospel, but they often preach a gospel that is shaped more by the pagan cultures around them than by the Scriptures.

For the Kingdom of God is not a matter of talk but of power.
1 Corinthians 4:20

God calls us out of the nations we were born and into citizenship in his Kingdom. This is why we only experience true salvation when we forsake the pagan nations of the world that Christ’s Kingdom has been set up in opposition to. Pagan nations offer Satan’s way of ruling the world while the Kingdom offers God’s way.

The salvation of the Gospel means saving you from something and into something else.

The Gospel is about liberation from our enslavement to the violent powers and principalities that structure our world. The Gospel of the Kingdom is that Christ’s nation will continue to grow until it overtakes the world and wipes away all the destruction, pain, and misery that violence and greed subject it to. The Gospel of the Kingdom is that this victory happens through self-sacrifice and non-violence with love for all, even enemies. You are invited to participate in it.