You Can Lose Your Salvation Once saved, always saved? Nope.

So why the confusion? It comes from a lack of understanding of what being ‘saved’ actually means. This misunderstanding is responsible for some pretty terrible doctrines that continue to hold Christianity back from being what the Bible wants it to be.

Like in English, the word ‘save’ doesn’t really inherently have anything to do with the afterlife or anything spiritual. The word ‘save” in the New Testament is ‘sōzō’ (σῴζω) in Greek and the definition is “to preserve or rescue from natural dangers and afflictions, save, keep from harm, preserve, rescue”1 Related, in both English and Greek, is the word ‘salvation’ or ‘sōtēria’ which means “deliverance, preservation.” The family of words (save, saved, salvation) has a wide range of applications.

When the disciples were on a boat in the middle of a storm, they shouted, “Lord, save [sōzō] us! We’re going to drown!” (Matthew 8:25). When a woman wanted healing, seeing Jesus, she thought, “If I just touch his clothes, I will be healed [sōzō]“ (Mark 5:28). Jesus responded to her, “Daughter, your faith has healed [sōzō] you” (Mark 5:34). When Jesus was warning his disciples about the coming destruction of Jerusalem he remarks, “You will be hated by everyone because of me, but the one who stands firm to the end will be saved [sōzō]“ (Matthew 10:22). He continues, “If the Lord had not cut short those days, no one would survive [sōzō]“ (Mark 13:20). As Jesus was hanging on the cross, the rulers sneered at him, and said, “He saved [sōzō] others; let him save [sōzō] himself if he is God’s Messiah” (Luke 23:35). In the book of James, it says that “the prayer of faith will save [sōzō] the one who is sick” (James 5:15 ESV).

The Greek word for salvation (sōtēria) is used to describe how the Israelites were saved from Egypt in the exodus story (Acts 7:25 ESV). Sōtēria is also the word used to describe how the ark saved Noah’s family (Hebrews 11:7). In the case of the Israelites, they were saved from the empire of Egypt and slavery. Noah’s family was saved from perishing in the flood. Salvation, in both cases, had nothing to do with going to heaven or the afterlife.

Being saved, in the Bible, can be from sickness, enemies, premature death, demons, sin, and a whole host of other negative things.

Salvation is Sometimes Up To You

Get rid of all moral filth and the evil that is so prevalent and humbly accept the word planted in you, which can save [sōzō] you.
James 1:21

Here James is saying we must rid ourselves of sin and build our lives on the teachings of Jesus. He goes on to say, “Do not merely listen to the Word [Jesus], and so deceive yourselves. Do what it says.” (James 1:22). If you do what Jesus teaches you will be saved; if you don’t do what Jesus teaches then you will not be saved. So if you cease to live out the teachings of Jesus, then you cease to be saved. If you let moral filth be a part of your life, you won’t be saved anymore. If we, correctly, divorce the concept of salvation from the afterlife, then James’ words are easy to understand. The way to avoid the destructive and damaging consequences of “the evil that is so prevalent” is to follow the teachings of Jesus, and thus, be saved.

Watch your life and doctrine closely. Persevere in them, because if you do, you will save [sōzō] both yourself and your hearers.
1 Timothy 4:16

According to Paul, your salvation is dependent on how you live your life and what kind of doctrine you teach. If you do both, you will save yourself and those you teach. If you don’t do both, you and your hearers will not be saved. Paul says to “set an example for the believers in speech, in conduct, in love, in faith and in purity” (1 Timothy 4:12). By doing so, you will be saved. Logically, if you don’t do these things, you will not be saved. Paul is addressing Timothy’s concerns about people looking down on him because he is young. So specifically, this is what Paul says Timothy will be saved [sōzō] from.

…in the days of Noah while the ark was being built. In it only a few people, eight in all, were saved [sōzō] through water, and this water symbolizes baptism that now saves [sōzō] you also—not the removal of dirt from the body but the pledge of a clear conscience toward God.
1 Peter 3:20-21

According to this passage of Scripture, baptism saves us. If salvation here was an afterlife issue, then how could the insurrectionist on the cross (Luke 23:39-43) go to be with Jesus after he died if he wasn’t baptized? Looking at the context, Peter says that Noah and his family were saved [sōzō] through water. We obviously know that the ark didn’t give Noah and his family eternal life or that their salvation had anything to do with the afterlife. Instead, Noah was saved from the wicked world, not the planet, but from the wickedness of human society. We are told that if we don’t live in light of the resurrected Christ, we too can share in wickedness and not be saved (1 Peter 4:1-3). Being saved is a choice and can later be freely forsaken.

What good is it, my brothers and sisters, if someone claims to have faith but has no works? Can such faith save [sōzō] them? Suppose a brother or a sister is without clothes and daily food. If one of you says to them, “Go in peace; keep warm and well fed,” but does nothing about their physical needs, what good is it? In the same way, faith by itself, if it is not accompanied by action, is dead.
James 2:14-17

Salvation of the Kingdom

In Paul’s letter to the church in Corinth, he explains the conditionality of the salvation that comes from the Gospel.

Now I would remind you, brothers and sisters, of the gospel I preached to you, which you received, in which you stand, and by which you are being saved [sōzō], if you hold fast to the word I preached to you—unless you believed in vain.
1 Corinthians 15:1-2

He has reconciled you by Christ’s physical body through death to present you holy in his sight, without blemish and free from accusation— if you continue in your faith, established and firm, and do not move from the hope held out in the gospel.
Colossians 1:22-23

Paul says that “if you continue in your faith” and “do not move from the hope held out in the Gospel” then you will continue to be reconciled to Jesus. Logic follows that it would be possible to stop continuing in your faith. Peter seems to agree when he says that you can be made righteous by knowing Jesus but then walk away.

If they have escaped the corruption of the world by knowing our Lord and Savior Jesus Christ and are again entangled in it and are overcome, they are worse off at the end than they were at the beginning. It would have been better for them not to have known the way of righteousness, than to have known it and then to turn their backs on the sacred command that was passed on to them.
2 Peter 2:20-21

Salvation is a choice. You can lose your salvation if you decide to. 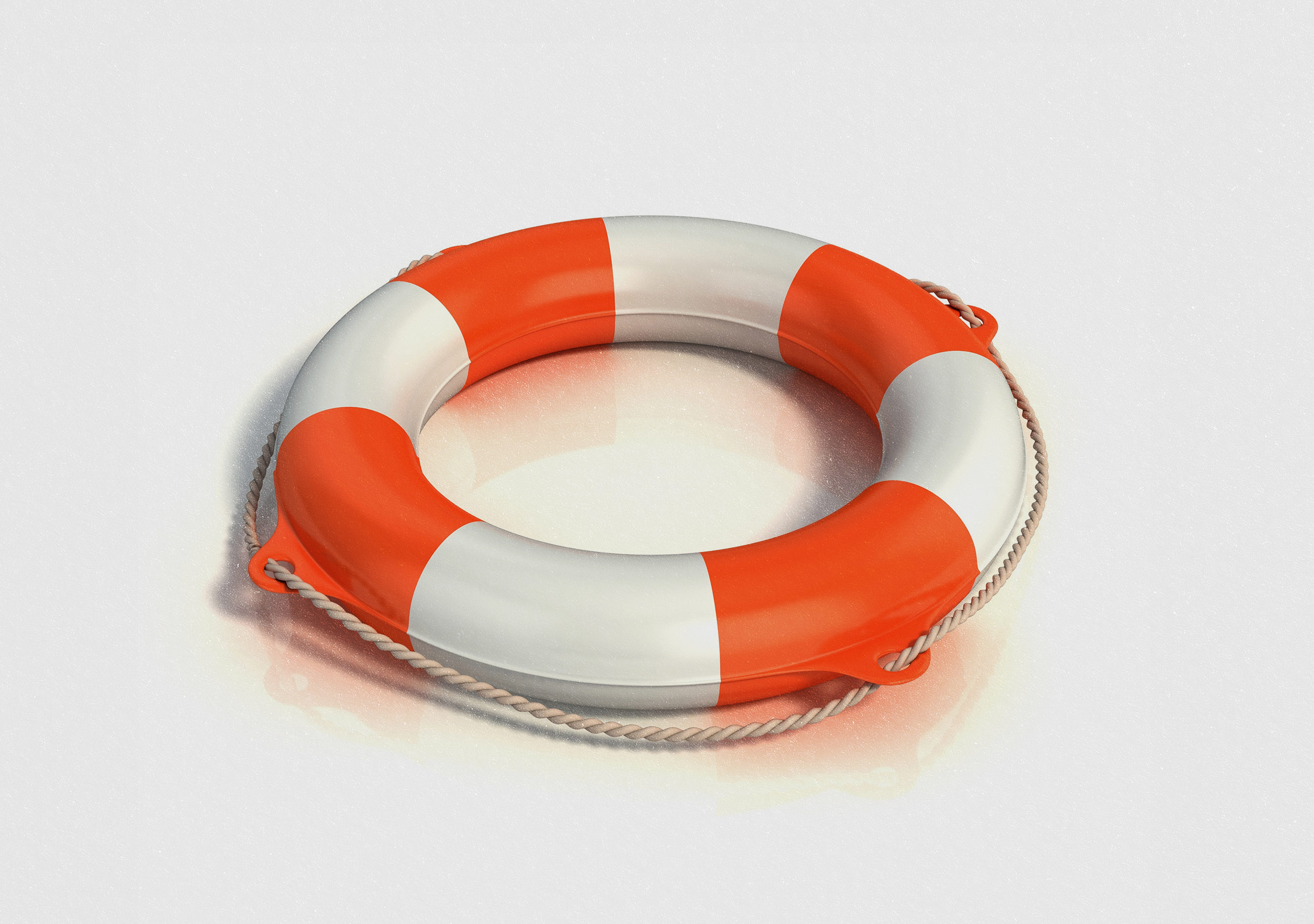 Being Saved vs. Eternal Life

Here is the thing—being saved [sōzō] and eternal life [aiōnios zōē] are two different things. “Saved” or “salvation” is not a synonym for eternal life. Salvation is deliverance from sin and its consequences. Eternal life is access to what comes from a relationship with King Jesus (John 17:3). Take a look at many of the times “eternal life” is used in the context of being a gift from Jesus for just believing.

For God so loved the world that he gave his one and only Son, that whoever believes in him shall not perish but have eternal life.
John 3:16

Whoever believes in the Son has eternal life, but whoever rejects the Son will not see life…
John 3:36

Very truly I tell you, whoever hears my word and believes him who sent me has eternal life and will not be judged but has crossed over from death to life.
John 5:24

For my Father’s will is that everyone who looks to the Son and believes in him shall have eternal life, and I will raise them up at the last day.
John 6:40

Very truly I tell you, the one who believes has eternal life.
John 6:47

Many times, eternal life is described as a gift for believing in Jesus as King (though ‘believing’ takes on the meaning of allegiance in the original Greek language, read more here). Nothing external from you and Jesus can prevent you from experiencing eternal life.

This is the will of him who sent me, that I shall lose none of all those he has given me, but raise them up at the last day.
John 6:39

I give them eternal life, and they shall never perish; no one will snatch them out of my hand.
John 10:28

To those who by patience in well-doing seek for glory and honor and immortality, he will give eternal life; but for those who are self-seeking and do not obey the truth, but obey unrighteousness, there will be wrath and fury.
Romans 2:7-8

Eternal life comes from believing Jesus actually is King and being in relationship with him. Salvation comes from doing what Jesus taught flowing out of allegiance for him as King. Being saved means participating in God’s Kingdom. We can decide to not be saved any longer. “Once saved, always saved” isn’t Biblical. That is because being saved almost never has anything to do with the afterlife. But there is good news. Nothing can separate us from God’s love.

For I am convinced that neither death nor life, neither angels nor demons, neither the present nor the future, nor any powers, neither height nor depth, nor anything else in all creation, will be able to separate us from the love of God that is in Christ Jesus our Lord.
Romans 8:38-39

While Scripture indicates that God will bring all of creation under his redemption eventually, the way of Jesus is the only key to salvation and eternal life here and now (1 Timothy 4:10, 1 Corinthians 15:21-22, Colossians 1:19-20, Philippians 2:10-11).

Eternal life is a gift from Christ. But while salvation is also from Jesus, it is dependent on following him. The teachings of Jesus must be followed to have the salvation that comes from citizenship in his nation. Likewise, the abandonment of the ways of the world and empire is also essential for salvation (Romans 12:2). Salvation is about this side of resurrection, just as much, if not more than it is about the other side of resurrection.

This is why Jesus wept over Jerusalem. He knew that even though they shouted “Hosanna” (meaning “save us”) that most wouldn’t follow his teachings and be saved. Jesus wept because he knew that their lust for violence against their Roman oppressors would lead to their suffering and death. Salvation was within their reach if they only followed the nonviolent peacemaking way of Jesus, but they refused. Salvation was offered, but it was rejected by many (Matthew 24:13). Those who did follow Jesus, as history shows us, were saved.

Everyone who puts Christ’s teachings into practice will be saved; those who don’t will not be saved (Matthew 7:24-27). It is entirely possible to say “the sinners prayer,” go to church every week, but still be unsaved. Salvation is participating in God’s Kingdom. Salvation is allegiance to Christ’s nation. Jesus wishes all to be saved (1 Timothy 2:3-4). It is a daily choice.