Many evangelicals put the Bible on a pedestal in such a way where if it does contain errors, the entire foundation of their belief system crumbles. Many atheists believe that proving that the Bible contains errors will destroy the very foundation of the Christian faith. Both groups are wrong.

Before we get into why both approaches fail, we need to look at a sample of the errors in the Bible.

One of the simplest ways the Bible can be inaccurate and contradict itself is when the same story is told by two different authors—the details don’t always line up.

The author of 2 Samuel depicts God as inciting David to sin, while the author of 2 Chronicles corrects him by claiming it was Satan, not God, that did the tempting (2 Samuel 24:1, 1 Chronicles 21:1). Which was it? God or Satan?

2 Kings informs us that king Jehoiakim had a son named Jehiachin while Jeremiah recounts the Lord judging Jehoiakim by not giving him a son to reign after he died (2 Kings 24:6, Jeremiah 36:30). Which was it? A son or no son?

These are just several of many times in the Bible where details are different when the same story is being told by two different authors. The discrepancies are embraced by atheists and explained away by some evangelicals. But what if the ancient near eastern authors just didn’t care about the accuracy of details and cared more about theological significance?

The authors of the New Testament had a fair understanding of the old Hebrew scriptures that we call the Old Testament. People aren’t always perfect though and sometimes they don’t remember every little detail accurately.

Matthew mistakenly thought it was Jeremiah rather than Zechariah who talked about thirty pieces of silver being given to a potter (Matthew 27:9-10, Zechariah 11:12-13).

Matthew misremembers who was Zechariah’s father, claiming it was Berekiah, but 2 Chronicles states his father was Jehoiada (Matthew 23:35, 2 Chronicles 24:20-21).

Luke states that Abraham moved to Canaan after the death of his father, but Genesis records that he moved before his father died (Genesis 11:32, 12:4, Acts 7:2-4).

In Mark, Jesus claims Abiathar was high priest when David ate showbread in the temple, though, in fact, it was Ahimelec, Abiathar’s father, who was high priest at this time (Mark 2:26, 1 Samuel 21:1-6).

Since the majority of the narratives in the New Testament are penned by different authors (the four Gospel accounts and the book of Acts), we can see where sometimes their stories contradict each other.

Matthew and Luke give two contradictory genealogies for Joseph (Matthew 1:2-17 and Luke 3:23-38). They cannot even agree on who the father of Joseph was.

When Jesus summons the twelve disciples to send them out to proclaim the Kingdom of God, he lists the things the disciples should not take with them. In Matthew 10:9-10 and Luke 9:3-5, a staff is included in the list of things not to take. In contradiction to Matthew and Luke, Mark 6:8 makes a specific exception—the disciples may take a staff.

We have to understand, the New Testament was written decades after the events they describe. These stories were transmitted orally before they were written down. It should be obvious that not all the details would line up, but more importantly, it should tell us that God is obviously okay with that.

There is another discrepancy in the New Testament narratives, and it’s a big one. After Judas betrayed Jesus there are two vastly different accounts of Judas’ fate.

Judas was given money by the high priests as payment in order to betray Jesus (Matthew 26:14-16). In Matthew’s account, Judas returned to the chief priests and gave them back their money. The priests decided to use the money to buy a field, which went on to be called the “Field of Blood” because it was purchased with “blood money” (Matthew 27:3-8). According to Matthew, Judas died by hanging himself (Matthew 27:5).

Luke tells us a different story in the book of Acts. Luke’s account says that Judas never returned the priest’s money and instead it was Judas himself who used the money to buy the field. According to Luke, Judas doesn’t hang himself, instead, he fell in his field and his body burst open, spilling blood and intestines (Acts 1:18). Because of the way Judas died in his field, everyone called it the “Field of Blood” (Acts 1:19).

These two accounts differ in what happened to the money, who purchased the field, how Judas died, and how the field got its name. There were obviously two different traditions that were recorded in the New Testament, but technically speaking, either Matthew is correct, or Luke is correct—one of them has to be wrong. Just like many times in the Old Testament, the authors of the New Testament were okay with maintaining multiple traditions and understandings of events. 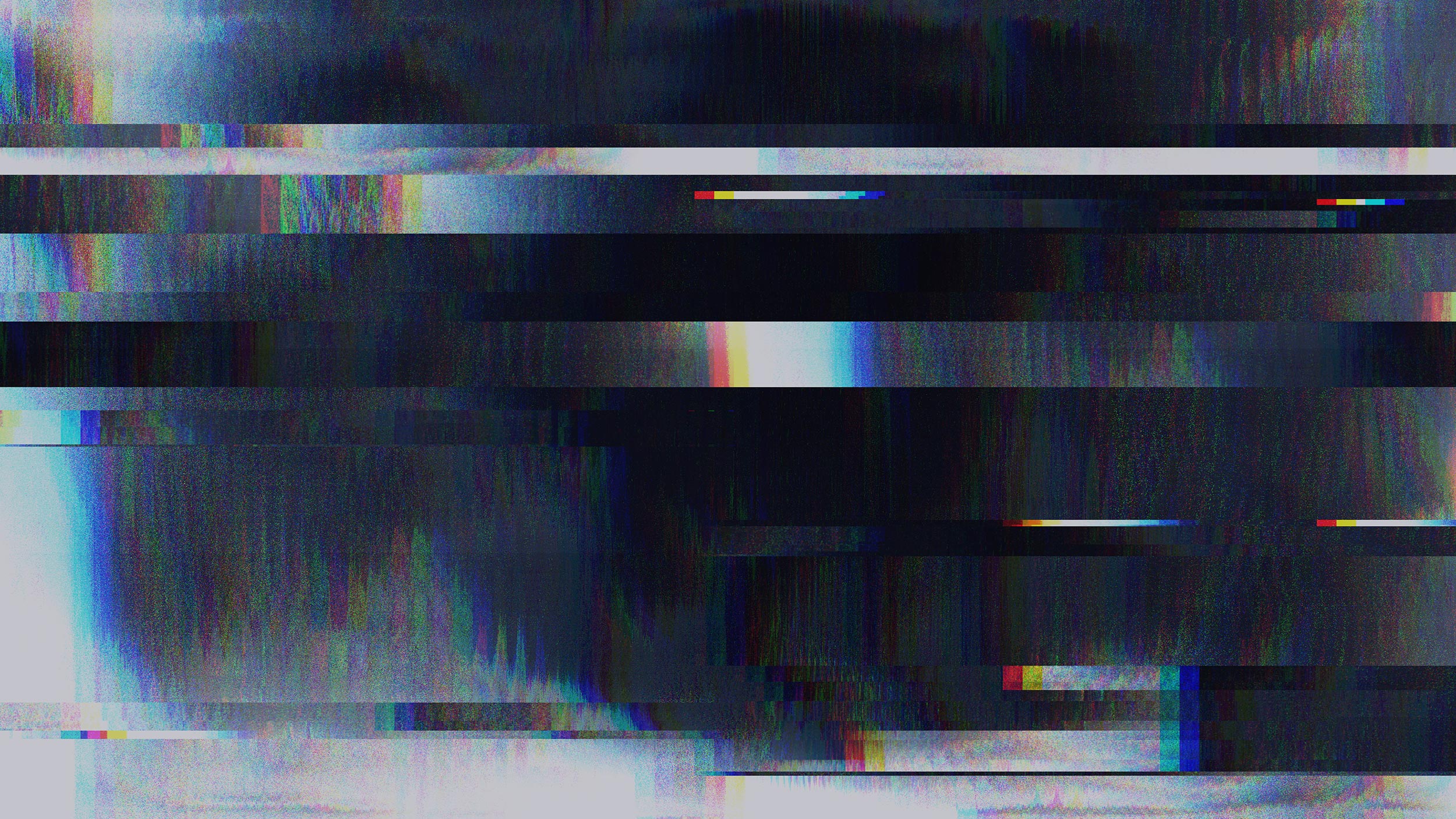 The Inner-Biblical Critique of Violence

So far we’ve looked at numerous times that details conflict between Biblical authors. Many times those conflicts are merely technical and don’t really matter much, but sometimes as we will see, the conflict is moral and theological.

The book of 2 Kings tells a story of how God told king Jehu to massacre the entire house of Ahab in the city of Jezreel (2 Kings 9:6-10). Jehu did what God commanded and slaughtered dozens of people; not just the immediate family of Ahab, but his entire extended family as well (2 Kings 9:24, 10:6-11). These acts of mass murder are actually commended by God, according to the author of 2 Kings (2 Kings 10:30).

We know today that mass murder is wrong and completely evil, but it didn’t take until the time of Jesus for people to figure this out. Recorded within the canon of Old Testament scripture is a correction of this immorality being ascribed to God. A few generations later, the prophet Hosea looks back on that story with shame and claims that God says that Jehu’s atrocities need to be punished (Hosea 1:4). What we all witness here is an inner-biblical critique of violence. While this mass murder was praised by one author, it is mourned and denounced by another. Both claiming to speak for God.3

The Evolution of Biblical Morality

Biblical authors strived to understand God, but they didn’t always see him the same way.

God allowed conflicting views of violent and evil acts to be recorded within the Hebrew scriptures and he was okay with them not agreeing. Hosea and Ezekiel saw more of God’s true character (that Jesus fully reveals) than the author of Exodus and Kings saw. God’s revelation has always been progressive until its culmination in Jesus Christ. Scripture sometimes records this journey, maintaining the record of contradictions in order to show us how we as humankind grow in our understanding of God.

The Malleable Law of Moses

There are a total of 613 laws that Moses delivered to the ancient Israelites as commands from God. Not all of them are wholly unique, though, as some are amendments or alterations of the way some laws were previously understood. Biblical scholars have known for some time that many parts of the Hebrew Scriptures, especially the Torah (the first five books), are edited composites of various traditions throughout Israelite history. We can thus observe that some laws were altered over time in order to fit with the Israelites evolving morality or situation.

There are several conflicting laws concerning how Hebrew slaves should be handled. In Exodus, it says that after six years of slavery all male Hebrew slaves must be set free, but female Hebrew slaves can be kept (Exodus 21:2 ESV, Exodus 21:7 ESV). In the book of Deuteronomy, however, now both male and female Hebrew slaves may choose freedom after six years (Deuteronomy 15:12 ESV). Not only that, but as a reminder of how they were set free from slavery in Egypt, they are to be given a “liberal” portion of their master’s food and drink (Deuteronomy 15:13-15 ESV). Finally, Leviticus adds a third conflicting voice: no Hebrews may be enslaved, but instead can work as a hired hand (Leviticus 25:39-44). All three of these conflicting laws claim to be from the same divine source: God revealing his will to Moses on Mt. Sinai.

Sometimes conflicting laws don’t have any moral implications, such as several concerning how to prepare and eat the Passover meal. In Exodus, the law says that the lamb must be eaten in people’s houses and roasted over a fire—and most definitely not boiled (Exodus 12:3-4, 7-9, 19, 22). In Deuteronomy, the law says that the meal must be eaten in “the place that the Lord will choose as a dwelling for his name,” which is the Temple in Jerusalem (Deuteronomy 16:2, 5-6). The family meal is now transformed into a national pilgrimage feast. While Exodus said that the meal must be roasted and not boiled, in Deuteronomy it says that the meal must be boiled (Deuteronomy 16:7 ESV). Shockingly, even though the Hebrew root word is the same word for “boil” as used in Exodus, most English translations obscure this contradiction by incorrectly translating to the word “cook” or “roast.” Interestingly, the author of 2 Chronicles, written hundreds of years later, attempts to ingeniously harmonize these two conflicting laws by weaving them together (2 Chronicles 35:13): the lamb is to be roasted (as in Exodus) and the other holy offerings are to be boiled (as in Deuteronomy).

The Israelites situation changed over time, and their laws had to be updated to reflect that. Despite this, the entire Law was claimed to come from Moses and so from our point of view, there are contradictions. Some would call these contradiction errors, but that only comes from a “Bible-as-rulebook” mentality.

The doctrine of Biblical inerrancy is a modernist (mostly American) evangelical view. It stems from the presupposition that God wrote the Bible, and because God is perfect, the Bible must be perfect. The doctrine is further reinforced by the tradition of calling the Bible the “word of God,” when it never calls itself that to begin with. The Bible obviously has errors and God is obviously fine with that being the case.

If the foundation of your belief system is that the Bible is God’s Word then you’re doomed to doubt. If you study the Bible you’ll discover that there are two conflicting creation accounts, or you’ll read that Exodus and Deuteronomy repeat laws but describe them differently, or you’ll find out that there are many errors in the text that people have been contemplating for hundreds of years. You’ll notice that there is a tremendous amount of diversity and many Biblical authors don’t agree with each other.

God is perfect and without error, the Bible is not.

If the Bible is your foundation then your faith will eventually crumble. On the other hand, if you make the one and only true Word of God (Jesus Christ) the foundation of your faith, you won’t be crippled with doubt when you discover the Bible’s errors. Christianity is the world’s largest religion because of Jesus. Judaism is one of the world’s smallest religions because it lacks Jesus. Without Jesus, the Israelite’s religion was always believed by a tiny minority of the world. The Hebrew Bible (the Old Testament) didn’t convince many people. Jesus is a different story, suddenly with the arrival of Christ, every corner of the world was interested. The Bible isn’t perfect, but Jesus is.