The Unholy Land Why Israel is bigger and better than you think.

The “holy land“ refers loosely to the land occupied by modern-day Israel/Palestine, Lebanon, western Jordan and south-western Syria. Despite the fact that the land is described as “holy” only once in the Old Testament and never in the New Testament, many today consider that land to be the “holy land.” Interestingly, for the first thousand years of Christianity, this wasn’t the case. We will look at the idea of a holy land or promised land, but first—what does the term “holy” mean?

Holiness is defined as being separate or set apart. Being set apart by itself, though, is not the only reason someone or something is holy. To be holy means there is a relation to God and that there is moral purity. In one sense, only God is holy, yet through God, other people can be holy as well.

The nation of Israel before Jesus was set apart to be a holy nation. They were to be a kingdom of priests, and through their descendants, all nations on earth were to be blessed. This was not the end of God’s plan though, the holy people and the holy land were never meant to be confined to one race and one region for long.

The main problem with the word “Israel” is that many don’t read it in the way God originally used it. So before we go any further, who or what is it? Did God call the land Israel or Canaan? Did God use the name Israel to describe Jacob or the land? Was the land ever called Israel in the Bible, or did it become known as the Land of Israel because the people of Israel lived on it? Was the land a conditional promise according to obedience, or an unconditional eternal promise? Who or what is Israel today? Unbelieving Jews? The land of the Canaan region? The modern nation-state called Israel? Or the disciples of Jesus the Messiah? We have to read the word in context; only then is the meaning of the word clear.

The name Israel comes from when Jacob is renamed after his struggle with an angel (Genesis 32:22-28). Jacob/Israel would father twelve sons who would turn into the twelve tribes of Israel. Judah was one of those twelve tribes. The tribe of Judah came to be known as Jews who claimed the promise made to Abraham and his descendants as their own. But it wasn’t always this way.

The name Israel represents people who have a spiritual covenant relationship with God.

The Old Testament is filled with stories about how the Israelites abandoned the ways of Yahweh (God), in favor of the wicked ways of other gods. Refusing to give up on Israel, God continued to pursue her like a husband loves an unfaithful wife. God made a covenant with Israel: as long as the people remained holy— set apart from other kingdoms— they would have the land promised to them. Living in this land was contingent on Israel’s ongoing faithfulness to God and obedience to his law. The land, therefore, is a byproduct of the covenant, a gift of the covenant. It is not a possession that can be held independently.

Now if you obey me fully and keep my covenant, then out of all nations you will be my treasured possession. Although the whole earth is mine, you will be for me a kingdom of priests and a holy nation.
Exodus 19:5-6

Scripture contains many warnings about the conditional nature of this promise. In Leviticus 20:22 God warns the Israelites to “keep all my decrees and laws and follow them, so that the land where I am bringing you to live may not vomit you out.” Israel never “owns” the land of promise. God owns the land. Leviticus uses this idea to explain why the land cannot be sold permanently to others, “The land must not be sold permanently, because the land is mine and you reside in my land as foreigners and strangers.” (Leviticus 25:23) The land belongs to God, not the Israelites. The impression given is that the land itself can suffer abuse and be defiled. As sinners were ejected from the camp of Israel, so too, Israel can be ejected from the land.

The Old Testament continues with an array of stories showing how land-use and covenant righteousness cannot be separated. Virtually each of the prophets repeats the same warning: murder and the misuse of land will be severely judged and expelled. This is true of Amos (7:17), and Hosea (9:2-3). But perhaps this is most central to the devastating words of Jeremiah (3:19-20,  7:5-7). For Jeremiah, the future of the nation’s history is inevitable: it will lead to loss and exile. God himself will stir the king of Babylon (“my servant”) to come against the land and devour it (25:8-9, 27:6).

God tells the people of Israel, “because of sin throughout your country, through your own fault you will lose the inheritance I gave you.” (Jeremiah 17:3-4) To hold this land is to embrace the contingency of life there. Security depends on complete and utter loyalty to God’s covenant. The promise of the land is anchored to the covenant, and life in the land is contingent on upholding the righteousness expected by God. The land was a conditional gift; it wasn’t a birthright. Israel did not understand this, thus they were exiled to Babylon.

The Return With a Twist

After the 70 year exile into Babylon, God would make it clear that the return to the promised land would be different this time:

“You are to allot it as an inheritance for yourselves and for the foreigners residing among you and who have children. You are to consider them as native-born Israelites; along with you they are to be allotted an inheritance among the tribes of Israel. In whatever tribe a foreigner resides, there you are to give them their inheritance,” declares the Sovereign Lord.
Ezekiel 47:22-23

The native-born aliens who lived in the land now should be treated as “citizens of Israel.” The foreigner would gain an inheritance alongside Israel and the land would be shared in a way not imagined before. This means that genetics and genealogies have nothing to do with being called “Israel.” 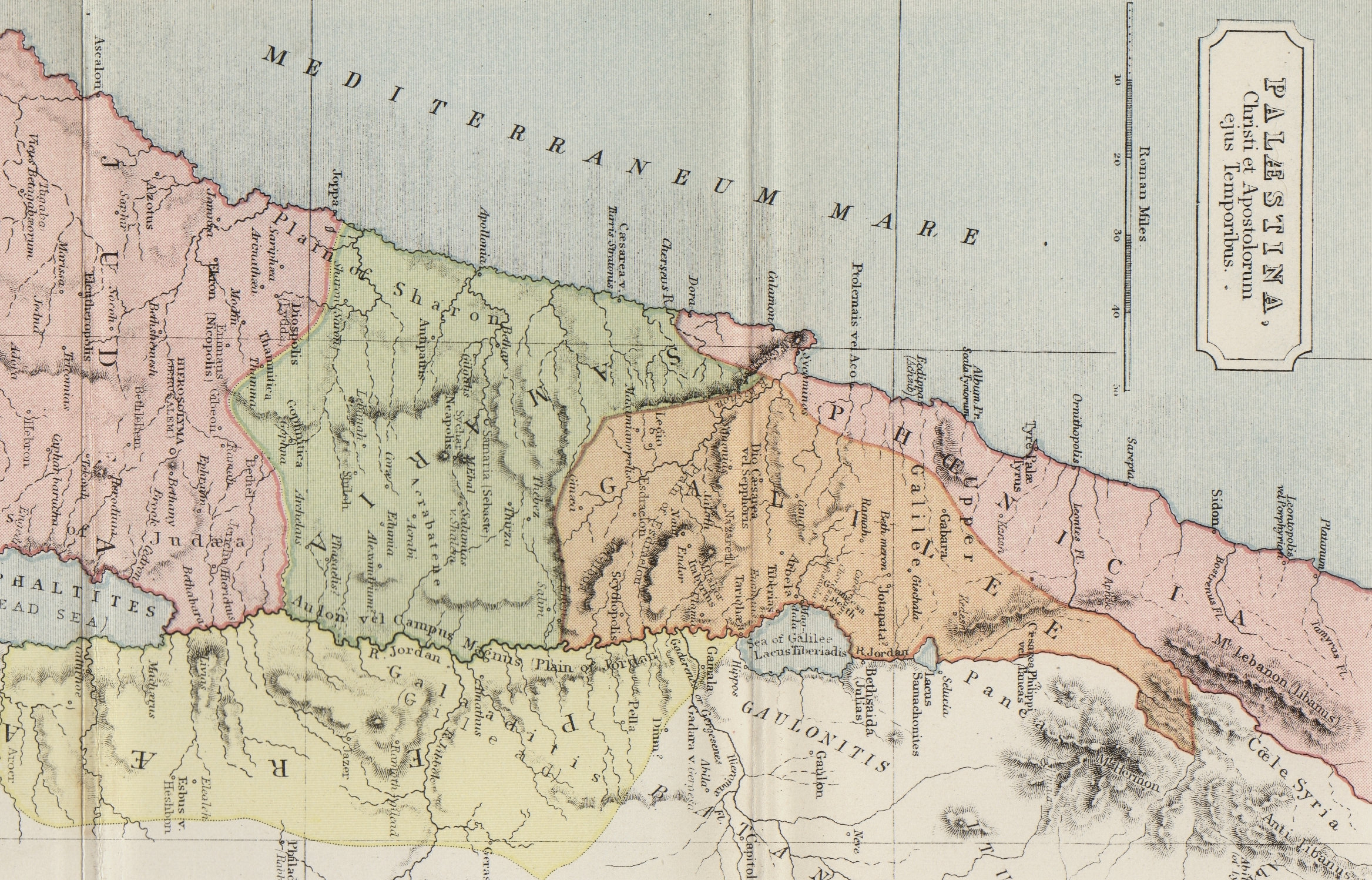 How To Be A Jew

God has always included non-Jews within the people called “Israel,” so in part, this was not new. In the Exodus (12:38), there was a “mixed multitude”; Israel included those who were not ethnically of Abraham, but who had converted. Moses was married to a Cushite. Rahab was a Canaanite. Ruth was a Moabite. Esther 8:17 describes the inclusion of many other nationalities. An angel in Zechariah (2:11) prophesies that Israel will include even more nationalities in the future. Simply put, the Old Testament never makes “Israel” an issue of race, as many Evangelicals do, but instead describes a group of people who have decided to follow God. It was never a race, but a religious community.

Any person, of any race who decided to follow God, was included in Israel.

Paul here makes it clear that a Jew is someone who obeys God, not a physical decedent. Paul is making a bold claim that you are only a Jew if you follow Jesus, if you don’t, you are not a Jew. This means that from the first century forward, anyone who doesn’t follow Jesus is not really a Jew. He goes on to further explain that this doesn’t mean that God had failed to fulfill his promise to his people:

It is not as though God’s word had failed. For not all who are descended from Israel are Israel. Nor because they are his descendants are they all Abraham’s children. On the contrary, “It is through Isaac that your offspring will be reckoned.” In other words, it is not the children by physical descent who are God’s children, but it is the children of the promise who are regarded as Abraham’s offspring.
Romans 9:6-8

Jesus, in John 8:27-47, would also correct those who think that being a physical descendant meant anything. His correction is extremely harsh and thus deserves to be weighted heavily. He tells a group of Jews that their father is not Abraham, but rather their father is the devil.

Jesus explicitly explains that lineage, in terms of being God’s chosen people, is meaningless. 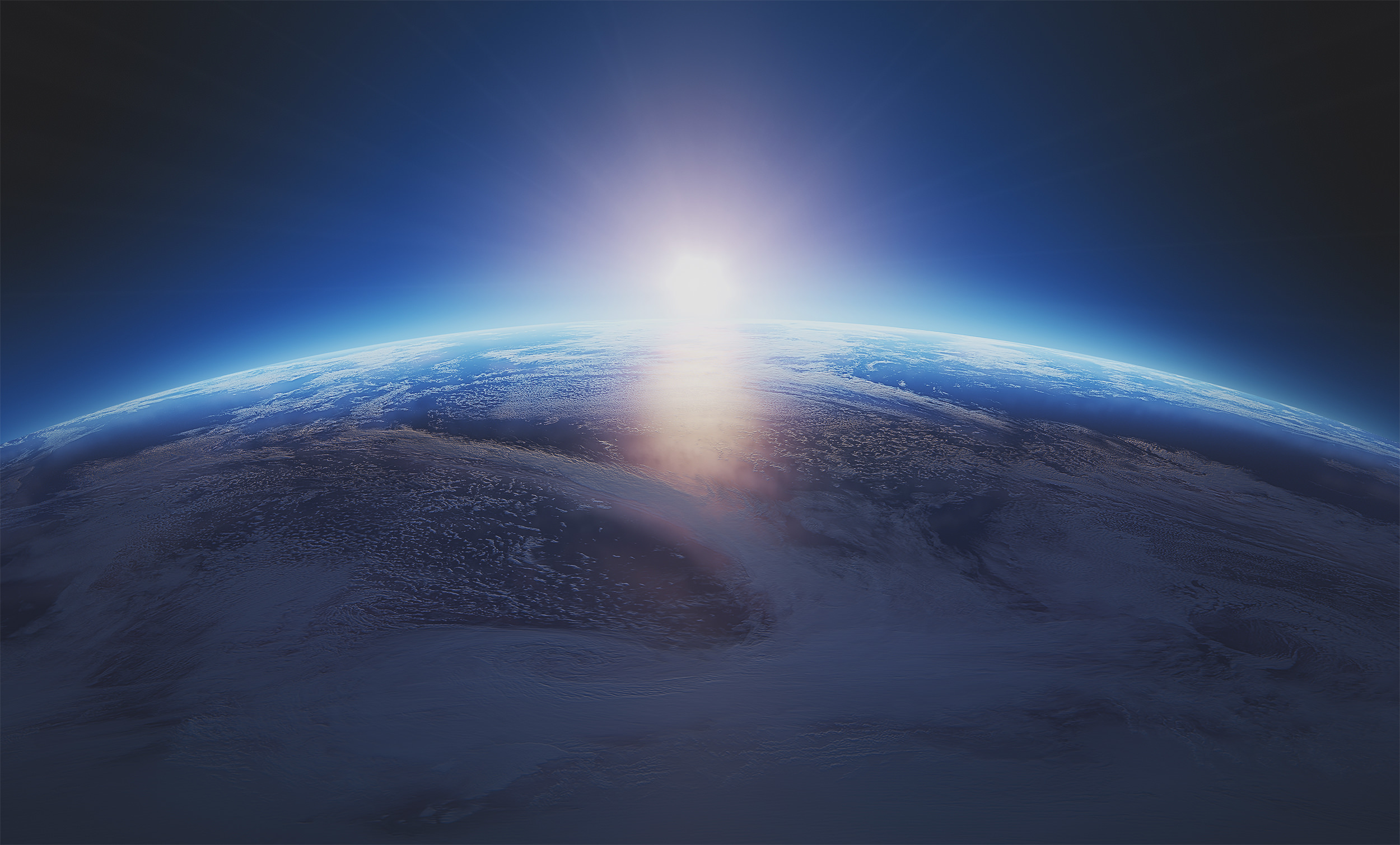 God promised that through Abraham, all nations would be blessed. This promise comes true through Jesus. Paul makes this abundantly clear:

The promises were spoken to Abraham and to his seed. Scripture does not say “and to seeds,” meaning many people, but “and to your seed,” meaning one person, who is Christ.
Galatians 3:16

God’s promises were made to Abraham and Jesus, and through Jesus, they are fulfilled.

For no matter how many promises God has made, they are “Yes” in Christ.
2 Corinthians 1:20

We tell you the good news: What God promised our ancestors he has fulfilled for us, their children, by raising up Jesus.
Acts 13:32-33

In Hebrews 11:39 it states that none of the Israelites received the true fulfillment of the promises. In Matthew 21:43-46, Jesus says that the Kingdom of God is being taken away from the Jews and given to those who “will produce fruit.”

It is because Jesus fulfilled the land promises to the Jews that Peter can apply to believing Gentiles the same words that had described the nation of Israel at Sinai: “You are a chosen people, a royal priesthood, a holy nation, God’s special possession, that you may declare the praises of him who called you out of darkness into his wonderful light.” (1 Peter 2:9) This is hugely significant. Because Jesus is now Israel (Exodus 4:22, Hosea 11:1, Matthew 2:15), his Gentile children are Jews (Romans 11:19-21).

Those who are in Christ are in Israel.

Not only that, but we are also Israel because we are part of the body of Jesus. Paul affirms this in Galatians 6:16, by calling Christ-followers “Israel.” Finally, in the verses below it couldn’t be made more clear:

There is neither Jew nor Gentile, neither slave nor free, nor is there male and female, for you are all one in Christ Jesus. If you belong to Christ, then you are Abraham’s seed, and heirs according to the promise.
Galatians 3:28-29

It cannot be underestimated how controversial this statement was when spoken in the synagogues. All the promises that were made to the Jews, including the land, were now promises for anyone who belonged to Christ. The Promised Land is now promised to Christians! This is incredible, but God doesn’t stop there.

The New and Improved Holy Land

The Land, like the Torah, was a temporary stage in the long purpose of the God of Abraham. It was not a bad thing now done away with, but a good and necessary thing now fulfilled in Christ and the Spirit. God’s whole purpose now goes beyond Jerusalem and the Land to the whole world.

Peter realized that God does not have favorites anymore, for the whole world is the Holy Land and Israel is without borders. Everyone is welcome to this inheritance, regardless of race, age, gender, or nationality.

For if there had been nothing wrong with that first covenant, no place would have been sought for another. – By calling this covenant “new,” he has made the first one obsolete; and what is obsolete and outdated will soon disappear.
Hebrews 8:7, 13

The land (and the whole world) now belongs to Christians and one day every knee will bow and praise the God who proclaims this.