The Nonviolence of Jesus How Jesus defied everyone's expectations of power.

When Jesus made his triumphal entry into the Roman-occupied city of Jerusalem, the Jews shouted “Hosanna” and raised palm branches. Hosanna is a Hebrew expression meaning “save us, please!” Some preachers claim that the Jews knew they needed “personal salvation from hell“ but this is hardly the case. The Jews wanted a messiah that would deliver them from their terrorist, Roman oppressors, drive them out of their cherished city, and restore Israel to a world power once again. So when they shouted “Hosanna” they literally meant “save us from the Romans.”

They had expectations. They expected Jesus to slaughter the Romans either by the sword or by other-worldly powers. Jesus did not do this. One week later, the Jews shouted again, but this time they shouted, “Crucify him!” Jesus refused the path of violence and it got him killed. But, in refusing violence, Jesus showed us the defining characteristic of being a child of God.

Another Kind of King

After his arrest, when Jesus was asked by Pilate, the governor of Judea, “So you are a king?”, Jesus responded in a round-about way. Pilate understood the concept of king to be a powerful, coercive, violent earthly ruler. Since Rome already had one of these, Caesar Tiberius, all other self-proclaimed kings were impostors or revolutionaries trying to overthrow Rome. Jesus would affirm that he is indeed a king, but first, he had to redefine kingship. Jesus said that his Kingdom is “not of this world”, that if his kingdom had been of this world, “my servants would fight to prevent my arrest…” (John 18:36). Christ’s remark to Pilate thus suggests that a distinctive characteristic of all who belong to his Kingdom, and that distinguishes his kingdom from the kingdoms of this world, is that they do not fight, even when they would be considered justified to do so.

Years before Jesus would find himself in front of Pilate, he sat down on a hill and told his followers what his unconventional kingdom would look like. His instructions are contained in the longest recorded teaching of Jesus in the Bible: Matthew 5-7, otherwise known as the Sermon on the Mount. Jesus’s sermon is more than a personal ethic (a way in which individuals can be better people). Rather, it is intended to reconfigure God’s new community, to mold his people into a visibly different nation in the face of all other imposter nations.

The Nonviolent Life of Jesus

Jesus practiced what he preached. Throughout his ministry, he never retaliated and always loved his enemies even when he was violently attacked. Let’s take a look at a few examples of when violence was most certainly on the table as a viable option for Jesus.

The government ordered his death and sent soldiers to kill him… so his parents, under God’s instruction, rather than standing their ground, fled the country with him (Matthew 2:13).

When Jesus was tempted in the wilderness to obtain all the violent powers of the world… he denied himself and instead chose the path of peace (Matthew 4:8-9).

When faced with an angry group of people who wanted to throw him off a cliff… he did not strike anyone, but instead slipped away (Luke 4:28-30).

Surrounded by men who wanted him dead… he stood his ground, and armed only with reason, he reasoned with them and disarmed them (John 5:18).

On another occasion the Jews tried to stone him… instead of meeting violence with violence, he slipped away (John 8:59).

A third time the Jews tried to stone him… he did not pick up a stone himself. Instead, he refused violence and escaped (John 10:31, 39).

When a woman was about to be killed… he did not preemptively strike her attackers, he defended her with words and disarmed her attackers with truth (John 8:9).

When his disciples suggested that God rain fire down on a village…  he rebuked them saying, “You do not know what kind of spirit you are of; for the Son of Man did not come to destroy men’s lives, but to save them.” (Luke 9:51-56. NASB).

When as intruders in the night they came to haul him off to murder him, and a friend drew his weapon and began to actively defend him… he rebuked his friend for doing so and powerfully attended to the needs of the wounded. He then went away willingly with his captors (Luke 22:49-51; Matthew 26:52).

When his captors had him beaten and whipped… he remained silent and passive, not even uttering a single violent word (Mark 14:65).

Although he had access to unlimited power to have himself released from the cross on which they had nailed him… he did not exercise that power at all, choosing instead to voluntarily die with a prayer on his lips for his murderers’ forgiveness (Luke 23:34).

Jesus’ life is riddled with violent attacks made against him, yet he never responds with violence. He embraces suffering, not because he is weak, not because he can’t do anything about it, but because suffering is the God-ordained path to growing his Kingdom. For Jesus, and for us. 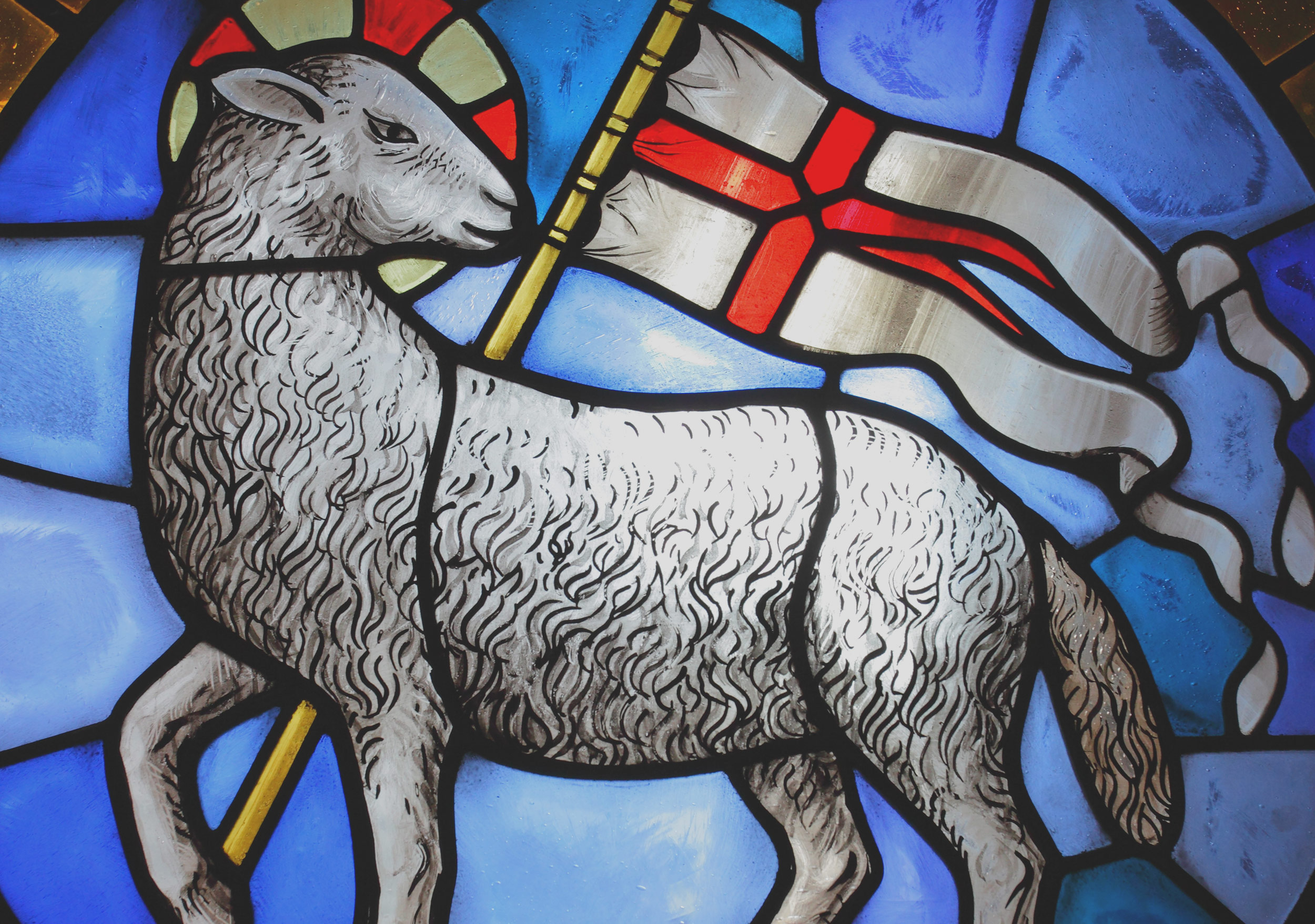 The Straight and Narrow Example

Though it seems to have been forgotten by many today, the cross wasn’t simply something God did for us. According to the New Testament, it was also an example God calls us to follow. Hence, after John defined love by pointing us to Jesus’ death on the cross on our behalf, he immediately added: “And we ought to lay down our lives for one another“ (1 John 3:16 NRSV).

When Jesus talks about his suffering on the cross, he often commands his followers to do the same: “If anyone would come after me, let him deny himself and take up his cross and follow me” (Matthew 16:24). Jesus suffers injustice on a cross to die for sin, but he also intends it to be a nonviolent pattern for us to follow.

Paul makes the same point when he commands us to imitate the example given to us by God, in Christ, by walking “in the way of love, just as Christ loved us and gave himself up for us” (Ephesians 5:1-2). It’s evident that for Paul, to imitate God simply means one imitates and reflects the self-sacrificial love displayed on the cross. The centrality of the cross in defining God is reflected in the centrality of the cross in defining life in the Kingdom. This should not be surprising given that our call is to simply reflect God’s character in all we do; this is what it means to be Christ-like or godly.

Amazingly, there isn’t one exception clause to any of the Bible’s instructions about loving and serving enemies or about the refusal to resort to violence in response to aggressors. To the contrary, far from allowing for “justified” exceptions, Jesus strongly emphasized that his followers were to love indiscriminately—the way God loves and blesses the just and unjust; how Jesus puts it, “by causing his sun to shine and his rain to fall on everyone, without any regard to whether they did or didn’t deserve it” (Matthew 5:45).

Even more remarkably, Jesus went so far as to claim that loving enemies was a precondition for being considered a child of God. “Love your enemies,” he taught, “that you may be children of your Father…” (Matthew 5:44-45, Luke 6:35). The logic behind Jesus’ astonishing teaching is that since God’s nature is reflected in his indiscriminate, self-sacrificial, non-violent, servant love toward enemies—the kind of love that would soon be unambiguously displayed in Jesus’ crucifixion—then only those who replicated this kind of self-sacrificial love in their own lives could be considered to look like God, and in this sense, be considered the children of God.

In this light, it should be clear that contrary to the way many Christians today view the matter, the call to manifest God’s indiscriminate, self-sacrificial love and to unconditionally refrain from violence cannot be considered an optional aspect of what it means to follow Jesus. Rather, as self-sacrificial nonviolent love is the most definitive distinguishing characteristic of God’s nature, so manifesting this love must be considered the defining characteristic of all who are the children of this God. Violence is not an option. 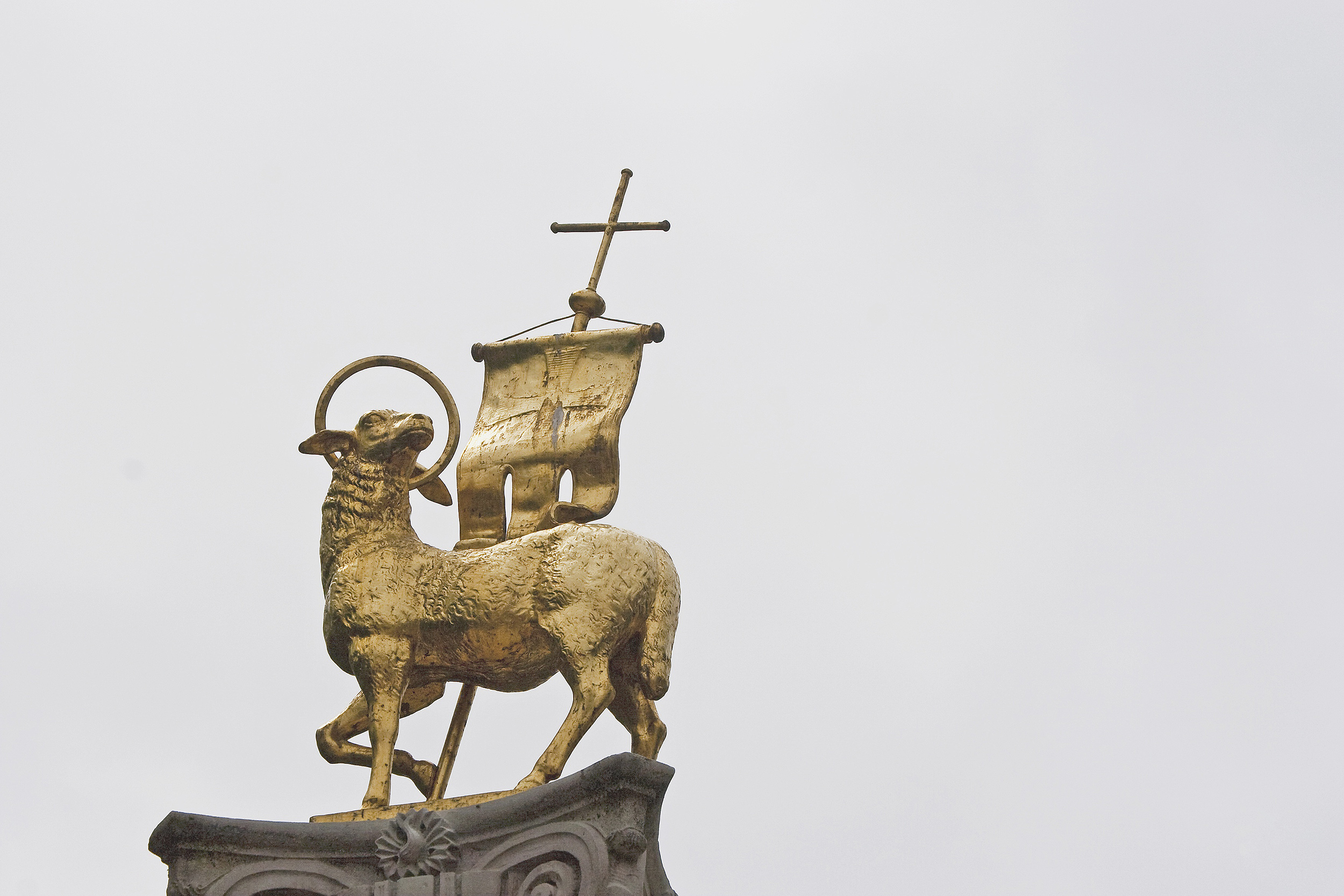 The Key Characteristic of a Christian

Nonviolent love is the center of Christianity. Despite failing in the garden when Jesus was arrested, all of Christ’s teachings must have eventually sunk into Peter’s heart and mind. Years later, Peter writes a letter to several churches in Asia and highlights Christ’s nonviolent, nonretaliatory journey to the cross as a model for Christians to follow. In the face of violence, injustice, insult, and abuse, Peter echoes Jesus’s Sermon:

For God called you to do good, even if it means suffering, just as Christ suffered for you. He is your example, and you must follow in his steps. He never sinned, nor ever deceived anyone. He did not retaliate when he was insulted, nor threaten revenge when he suffered.
1 Peter 2:21-23

The New Testament highlights Jesus’s nonviolent response to violence as a pattern to follow more than any other aspect of his ministry.

In a world drowning in violence, Jesus never acted violently. Though evil ran rampant, Jesus never confronted it, nor did he allow his followers to confront it with violence. Never.

Whether It Works or Not

We aren’t called to obey Jesus’s commands about nonretaliation and enemy-love because they will always work. Sometimes they will, but sometimes we’ll be shamed, beat down, tortured, and killed just like our Lord. The Bible doesn’t promote nonviolent behavior because of its effectiveness in the short-term. Rather, we love our enemies and do good to those who hate us because that’s what God does and it is the blueprint for a restored and redeemed world.

Faithfulness rather than effectiveness is our motivation.

When people around the globe think that American Christians are pro-war, enamored with violence, and fascinated with military might, something is terribly wrong. No one in the first century would have made the same conclusion regarding Jesus and his followers. No one. Christians were known for their nonviolent love, following the example of Jesus, in the face of ruthlessly evil violent persecution.

This is what it means to be a Christian: to follow Jesus, to live like Jesus, to have a mind like Jesus. Having the mind of Christ means embracing others—especially our enemies—in humble, reconciling, forgiving love. It means never giving up on them even when they are putting us to death. Loving your enemy, doing good things for evil people, never taking vengeance, responding to violence with nonviolent love even if it brings suffering—these are the examples of the life of Jesus. These are not options, but the primary character traits of those who claim to follow a crucified God.