I Pledge Allegiance ...to what now?

Pledging your allegiance to a flag— or more specifically, to a nation— is diametrically opposed to the mission of Jesus and his Kingdom. Pledging allegiance to America isn’t something a Christ follower should do. If your first thought to that suggestion is one of shock, disgust, or disregard, don’t worry, you’re in good company. But let’s try to understand how it got this way.

For Christians who grew up in America, the concept of pledging allegiance to the flag is rarely questioned. It is easy to understand why too. Children are indoctrinated at an early age.1 When you’ve had nationalism and tradition drilled into your head for years on end, it can be hard to step back and question whether it lines up with the way of Jesus; that’s how indoctrination works, and why it’s so hard to break free from it.

Do not be conformed to this world, but be transformed by the renewal of your mind.
Romans 12:2

We grow up being taught that America is basically the greatest nation to ever exist, that we are exceptional compared to others, that we are a “Christian” nation, and that pretty much whatever we do is good, right, and justified. Because of this, pledging to give our allegiance to such an entity is an easy sell, as the narrative we are given doesn’t seem on the surface to conflict with some basic understandings of following Jesus. But not only is saying the Pledge of Allegiance forbidden by Jesus, it runs against the entire thrust of the Gospel message. 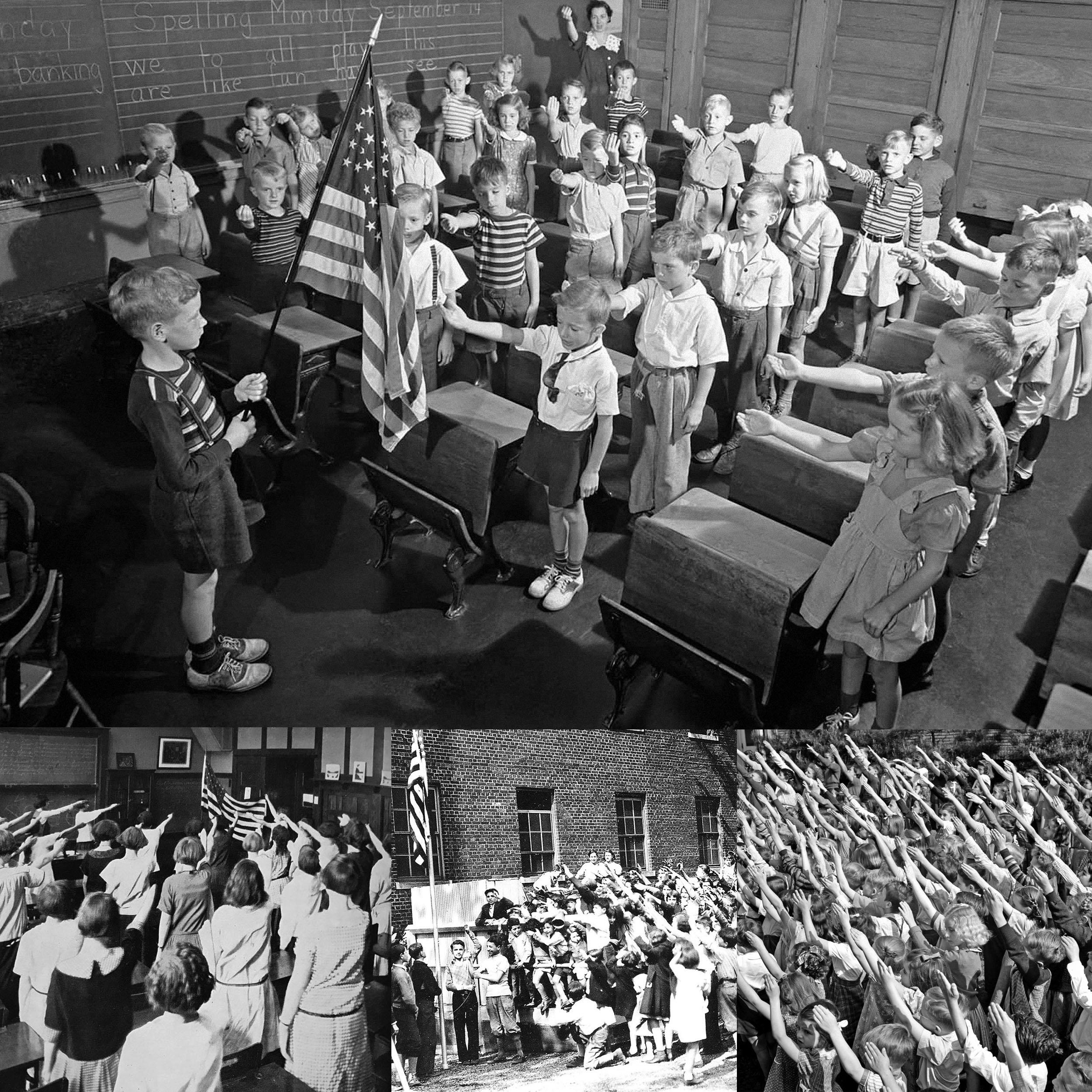 While there are several problems with a Christian pledging their allegiance to a nation of the world, the first issue is that it is expressly forbidden by Jesus.

You have heard that it was said to the people long ago, ‘Do not break your oath, but fulfill to the Lord the vows you have made.’ But I tell you, do not swear an oath at all. All you need to say is simply ‘Yes’ or ‘No’; anything beyond this comes from the evil one.
Matthew 5:33-34, 37

In his Sermon on the Mount, Jesus explains to his listeners that we shouldn’t make oaths. Oaths are defined as “a solemn promise.” Likewise, a pledge is also defined as “a solemn promise.” The two words are synonyms. Jesus is telling us to never make a pledge. What is even more shocking is that Jesus claims that making a pledge comes from the devil. This deserves pause and reflection.

Pledging our allegiance to America is from the devil (according to Jesus).

For many Americans this statement runs up against a lot of the indoctrination that they have grown up with. Many people simply can’t hear what Jesus has to say. Jesus forbids us from making a pledge and says doing so is from the devil. While this is rather black and white, there is a more important reason why Christians should never do it.

So the question becomes: how can a follower of Jesus swear their loyalty to a nation other than Christ’s own nation?

“We can have no ’50-50′ allegiance in this country. Either a man is an American and nothing else, or he is not an American at all.”
Theodore Roosevelt

Jesus warned us that it simply is not possible to divide our loyalties. When using the example of money, Jesus taught that it is impossible to “serve two masters because you will love one and hate the other” (Matthew 6:24). Jesus was right about this principle; pledging our loyalty to two different entities is simply not a tenable thing one can do. Trying to be loyal to two different nations who are at odds with each other is a practical impossibility. Even the world’s logic supports this. Can you be loyal to both the United States and Iran at the same time? 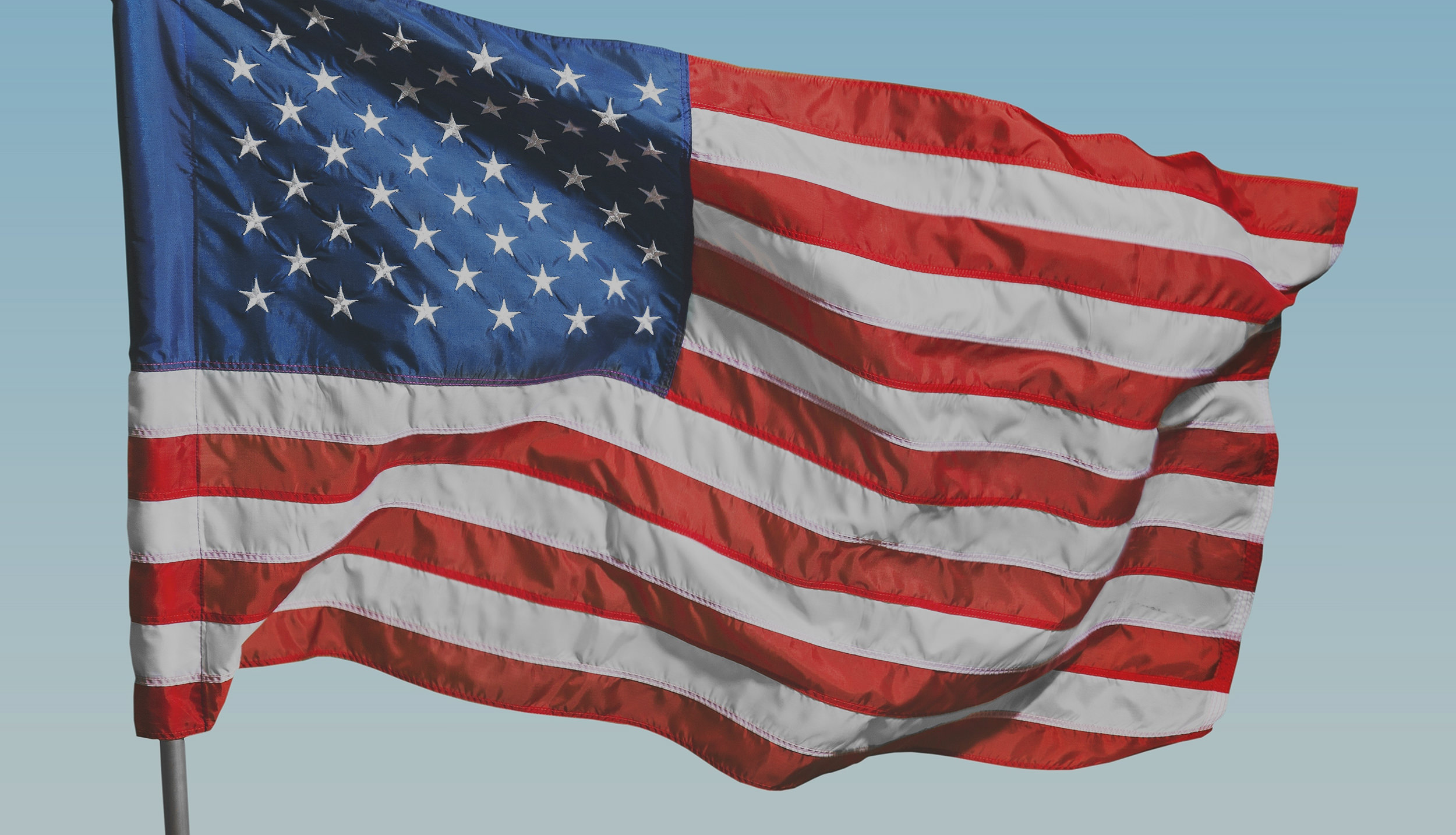 Many Christians will claim that they can be loyal to God’s nation and be loyal to America. This simply isn’t true though. We are called to set our sights on Kingdom things, not on worldly things (Colossians 3:2). Jesus even goes as far to state that our loyalty to our families must be a much lower priority than our loyalty to God and his Kingdom.

“If anyone comes to me and does not hate father and mother, wife and children, brothers and sisters—yes, even their own life—such a person cannot be my disciple.”
Luke 14:26

Jesus is speaking in hyperbole here but his point is clear: the decision to follow him means we are to abandon our past and reset our priorities and allegiances. If Jesus says that we must “hate” our family in comparison to loving him and his Kingdom, how much more so should we “hate” the pagan nation we live in?

Early Christians were willing to be martyred rather than express allegiance to the Roman Empire. The early Christians didn’t see themselves as belonging to the nation they lived in, and they would not pledge allegiance to or fight for any country. They knew they could not have dual allegiances.

As Americans, our faith has become so nationalized that we assume these dual allegiances are compatible. This is an idolatrous assumption, and it helps explain why the lives of most American Christians are indistinguishable from the lives of their pagan American neighbors. We’re failing to revolt against the pagan values of our nation because the nation with its pagan values, has our allegiance—to the point that many followers of Jesus don’t even recognize the pagan values as pagan.

We can pledge our allegiance to Jesus and his way of enemy love (which he said was a requirement to become God’s children), or we can pledge our allegiance to an empire who tortures and kills its enemies (the opposite of what Christ tells us to do, thus being an “anti-Christ” nation), but we cannot do both. They are complete opposites. We can follow Jesus, or follow America, but we cannot follow both Jesus and America at the same time. Both have completely different goals.

When we pledge our allegiance to America or raise it’s flag, as Christians, we are sending mixed signals. It isn’t like we are talking about the flag of a sports team, we are talking about a nation. When we hang a flag, we aren’t able to specify which parts about it represent the things we support or condone about it. Hanging a flag, or watching it rise with a hand placed over our heart, is to declare allegiance to all of it.

“…many live as enemies of the cross of Christ. Their destiny is destruction, their god is their stomach… their mind is set on earthly things. But our citizenship is in the Kingdom of God…”
Philippians 3:18-20

Jesus states that the Kingdom of God is not like nations of the world (John 18:36). Scripture claims that when we become “saved” we gain a new citizenship (Philippians 3:20). We are “saved” out of our former citizenship to a pagan nation. Scripture also claims that we become foreigners and exiles in the nation or empire that we physically live in (Hebrews 11:13, 1 Peter 1:17). Because of all this, we should never give our allegiance to a nation that Jesus has saved us from. (read more about this here)

Scripture claims that Christians born in America are no longer Americans.

Jesus established a new nation, one that will outlast all others. He calls us to align ourselves with his nation alone. He calls us to pledge our allegiance to the Kingdom of God alone.