Back to the Future Tribulation: PART 2 The war to end the Temple Age & the Jewish world.

Jesus warned his followers of a Great Tribulation that was to come within one generation. It isn’t some event that will happen in our future. The Great Tribulation started in 66 AD and would come to a close in 70 AD. It was a warning for their future, not ours. Jesus gave many signs of its coming so that it could be avoided. We covered these prophetic signs and how they were fulfilled in Part 1 of this article. The signs were leading up to the complete destruction of Jerusalem, the Temple, and the Temple Age.

The War of Abomination

In the year 66 AD, Florus, the last Roman procurator, stole vast quantities of silver from the Temple. The outraged Jewish masses rioted and wiped out the Roman garrison stationed in Jerusalem. This victory had a terrible consequence: many Jews suddenly became convinced that they could defeat Rome, and the Zealots’ ranks grew exponentially. In response, the Romans mobilized 60,000 heavily armed and highly professional troops. Their first target was the Jewish state’s most radicalized area, Galilee in the north. An estimated 100,000 Jews were killed or sold into slavery.

Simon ben Giora, a man who claimed to be the messiah, gathered a large following in revolt and marched towards Jerusalem so he could be “King of the Jews”. Many from Galilee fled to the city thinking they would be safe under this violent messiah. It wasn’t long before infighting began over leadership of the city. Jerusalem was in the midst of a brutal civil war by the time the future Roman emperor, Titus, offered the Jews a chance to surrender. Upon their reviled refusal, the three Roman legions dug a trench five miles long with 13 towers around the city in only three days. Thus Luke 19:43 was fulfilled.

The day on which Titus encompassed Jerusalem was the feast of the Passover. He allowed pilgrims to enter, though Jesus warned that “those in the country should not enter the city” (Luke 21:21). Ignoring him, multitudes came up from all the surrounding country and would soon be trapped inside the city walls.

In expectation of a Roman siege, Jerusalem’s Jews had stockpiled a supply of dry food that could have fed the city for many years. But one of the warring Zealot factions burned the entire supply, apparently hoping that destroying this “security blanket” would compel everyone to participate in the revolt.

As no supplies could now enter the walls, the famine rapidly extended itself, and increasing in horror, devoured whole families. The tops of houses and the recesses of the city were covered with the carcasses of women, children, and aged men. The young men appeared like specters and fell down lifeless in the streets. The dead were too numerous to be interred, and many died while burying others. It is recorded that over 600,000 bodies were allowed to be taken outside the walls before the Romans even entered the city.

Starving, the Jews began to be compelled to eat their belts, sandals, grass, and even the manure of oxen. It wouldn’t be long before parents would turn to their defenseless children for food (Deuteronomy 28:53). It is recorded that mothers killed, roasted, and ate their own children. Jesus knew this would happen. As he was carrying his cross, he wept for the women and children of Jerusalem, saying their deaths would be far worse than his (Luke 23:28-29).

Many tried to escape the city but were all captured and crucified on crosses. 500 Jews were crucified a day. The Romans did this until every single tree surrounding the city had been cut down and there was no wood left. When it was discovered that some of the deserters had swallowed gold, the Romans ripped open two thousand of them in one night. Titus, touched by these calamities, in person asked the Jews once more to surrender. They did not. 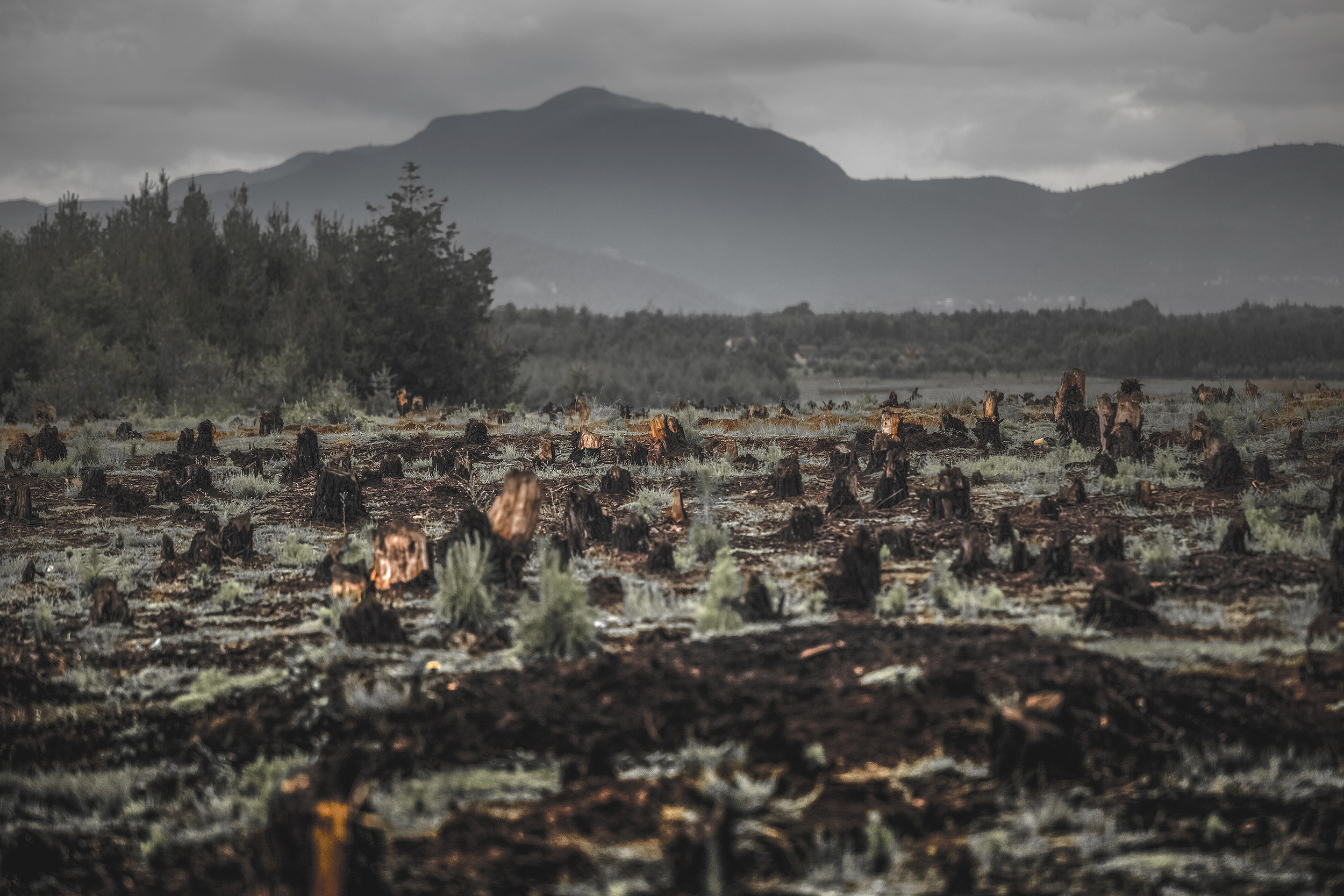 After years of starvation, disease, and civil war, in the summer of 70 AD the walls of Jerusalem were breached by the Romans. They first plundered and then set fire to the houses. They filled the streets with drawn swords in their hands, murdering every Jew whom they met, without distinction. The bodies of the dead choked up all the alleys and narrow passes while their blood literally flowed down the channels of the city in streams.

Fathers tearfully slaughtered their entire families, in order to prevent them from receiving worse treatment from the Romans. The whole land “was all over filled with fire and blood.” The lakes and seas turned red, dead bodies floating everywhere, littering the shores, bloating in the sun, rotting and splitting apart.1

A Roman soldier, urged, as he declared, by a divine impulse, regardless of the command of Titus, climbed on the shoulders of another and threw a flaming brand into the golden window of the Temple, which instantly set the building on fire. Titus, not having planned to destroy the Temple, made his way to the inner section, the Holy of Holies (thus fulfilling “the abomination of desolation”, in Matthew 24:15).

Struck with the magnificence of its architecture and the beauty of its decorations, he renewed his efforts to stop the progress of the flames. He commanded his soldiers to exert all their strength and activity to stopping the fire, and he appointed a centurion of the guards to punish them if they ignored his command. But it was all in vain, the delirious rage of the soldiers knew no bounds, they would not stop their slaughter.

Concerning the 'Abomination of Desolation' (press to read more)

The Romans entering the Temple, with their pagan symbols all over their armor and standards, was an abomination. By comparing Matthew 24:15-16 with Luke 21:20, we can understand that the abomination that caused the desolation of Jerusalem was the Roman soldiers that lay siege to the city. Not only was this fulfilling the words of Jesus, Daniel also prophesied about it (Daniel 9:26).

Most scholars think Daniel was originally writing about the desecration of the temple in 168 BC by Antiochus Epiphanes. Jesus saw its echoed fulfillment in Rome’s traumatic desecration of the Temple in 70 AD. Interestingly, dispensationalist Christians view this text as still awaiting fulfillment in the future. Despite the fact that the Jewish Temple has already twice been desecrated, they believe the Daniel prophecy requires that it be desecrated again. Since the temple has been in ruins since the Romans destroyed it in 70 AD, it cannot desecrated it unless it is rebuilt once more—not for its own sake nor for Jewish worship, but so that it can be desecrated one last time in fulfillment of this prophecy from Daniel.

This has not been the view for the majority of Christian history.

One false prophet told the people that they should flee to the Temple in order to behold signs of their deliverance. While they waited in anxious expectation of the promised miracle, the Romans increased the fire to the Temple. Many jumped to their deaths while the majority perished in the flames (Matthew 24:24).

Since the golden roof had melted down in between the bricks of the Temple, the Romans tore each one apart to retrieve it (Luke 19:44). About 97,000 Jews were enslaved and forced to build the Colosseum which the Temple’s gold would finance. Many Christians would one day be fed to lions in that very Colosseum.

Once the Temple was destroyed, the world of the Jews was finished. The end came on August 10th 70 AD. Christ’s prophesies had now been completely fulfilled.

This has been a greatly summarized (and censored) account, taken from the Jewish historian Josephus, who witnessed the siege of Jerusalem firsthand.2 Given the full support of other Roman historical records, the account is universally agreed to be incredibly accurate. Being a devout Jew, there should be no suspicion that Josephus sought to align his historical account with the prophesies of Jesus. Therefore it is remarkable that the events that transpired matched Christ’s words perfectly.

It is important to note that the history of the world does not record a parallel instance of unnatural barbarity ever occurring during the siege of any other place in any age or nation whatsoever.

Over one million Jews died between 66 and 70 AD. Strikingly, history does not record even one Christian dying in the siege of Jerusalem. History records a massive amount of Christians who sought sanctuary in Pella, a place beyond the Jordan in the mountainous country.3 They remembered the warnings of their Messiah and did what he told them to do: flee to the mountains (Matthew 24:16).

Surprisingly, the destruction of Jerusalem and the Temple are not often taught in churches. This is unsettling though, as the destruction of Jerusalem was the final removal of the old covenant and the confirmation that the new covenant had fully arrived. All throughout Jesus’ ministry he emphasized this coming destruction. His longest recorded prophetic word, what is covered in part 1 and 2 of these articles, actually came true!

All throughout the New Testament, the early Church was focused on the coming destruction of Jerusalem. It was an integral part of the good news Jesus brought— God was going to clean out his house and fully establish his Kingdom (Luke 21:31). Jesus also claimed that things will never be as bad as they were in 66-70 AD.

For then there will be great distress, unequaled from the beginning of the world until now—and never to be equaled again.
Matthew 24:21

We can have a hopeful view of the future. We can preach the good news of the Gospel.

We don’t have to wait for a Great Tribulation, it’s already happened. Jesus can just come.